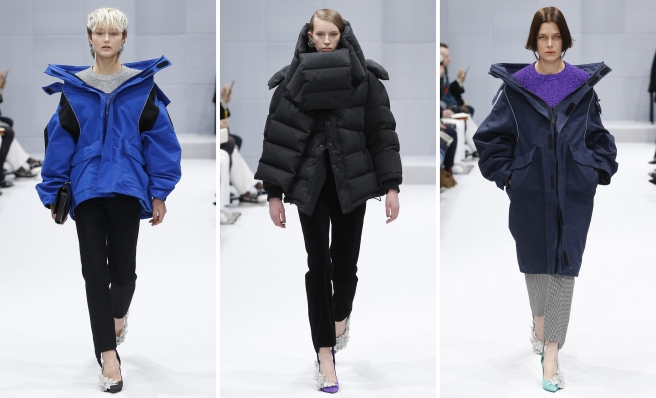 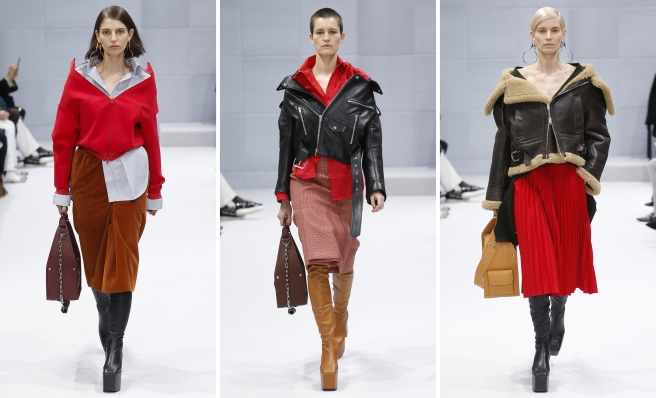 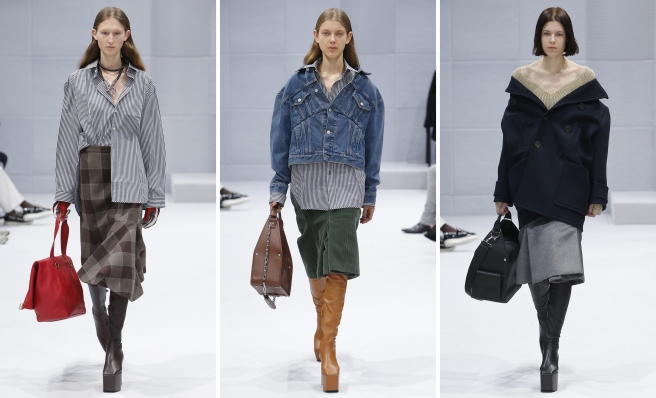 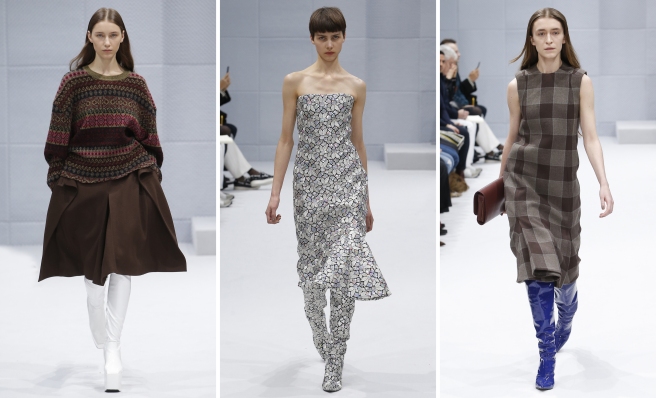 Ordinarily, I can’t force myself to care in the least about the Met Gala and red carpet fashion in general. To me, red carpet fashion is all pomp and no substance. As an event for the super-elite, it has zero connection to me as a career woman trying to look stylish on a modest income. Compared to street style, fashion week style, festival style, even whatever style displayed on a random person’s Instagram selfies, red carpet style is by far the least interesting. Why think outside of the box if you risk incurring the wrath of the relentlessly brutal fashion police, especially when you can just get your personal stylist to pick a bunch of designer pieces straight from the runway.

This year I decided to make an exception. After discovering the theme for this year’s Met Gala is basically China (celebrating the opening of the China: Through the Looking Glass exhibition), I was curious. I am, after all, of Chinese ancestry and have spent most of my life watching white people tattoo nonsensical Chinese words on their bodies and become weirdly fixated on Asian culture. Like watching amateur songwriters at an open mic night, I was dying to see exactly how non-Chinese female celebrities and fashion aficionados would interpret and take influence from the theme, without falling victim to campy, culturally-insensitive clichés.

For the most part, and as I expected because this was still very much a red carpet event, most of the looks were boring predictable gowns in red because CHINA, made for boring white girls like Reese Witherspoon. Others literally had nothing to do with China (ummmm…a gold brocade gown from Dolce Gabbana is not Chinese). While others were so culturally-ignorant (see also: ugly) that they just made me laugh. Thanks to both Lady Gaga and SJP.

There were a few standouts though. As ridiculous as the train was, Rihanna looked peak-Rihana-levels of stunning in a marigold fur gown by Chinese couturier Guo Pei, who also has two pieces in the exhibition. Kudos to RiRi for not succumbing to the lazy, stereotypical tropes of “dressing Chinese”, and actually doing her homework to find a gown by a Chinese designer. You would think this was a no-brainer, but you would be wrong. Also, that headpiece is insane and I really really want it.

I was a fan of Fan Bing Bing’s and Gong Li’s looks, both being very different interpretations of what it means to dress Chinese. FBB went the gilded route, and she wears it with sophistication instead of garishness. Gong Li wears a very simple qipao-inspired velvet gown, the rich plum and delicate lace hugs her perfect body perfectly. OK she is super gorgeous and could probably wear a bag and still look better than SJP.

I liked Zoë Kravitz’s chain mesh column dress but I’m not sure what it has to do with China other than the fact that it was designed by Alexander Wang, which probably isn’t what Chinese-inspired means. 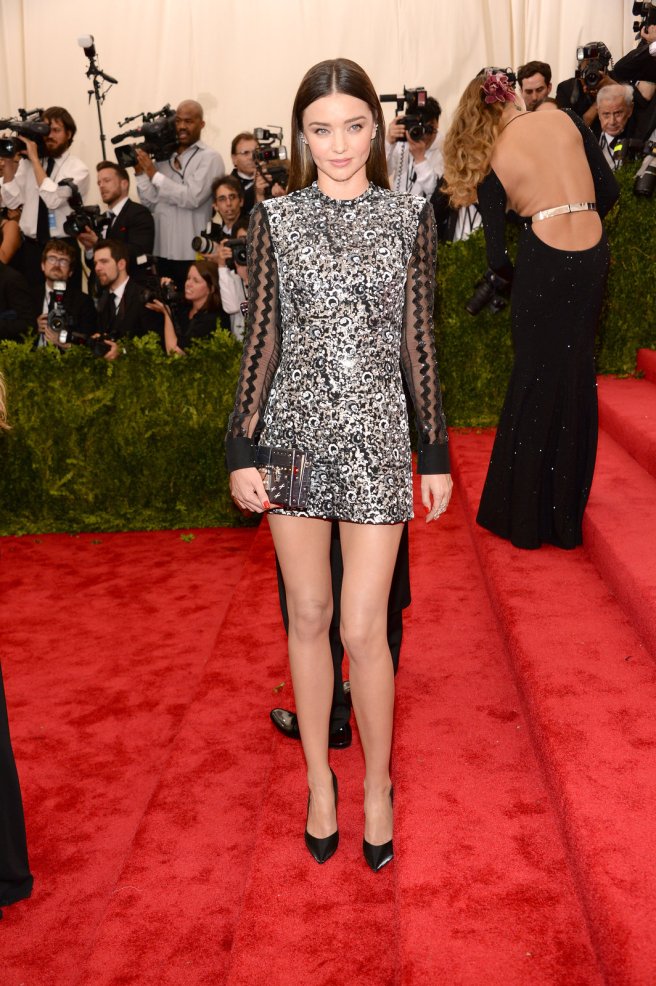 Miranda Kerr had no idea what the theme was and just wore a Louis Vuitton dress (or is it a shirt?). Her legs look fire though, and the dress or tunic is stunning, so I can’t even be mad at her.

I may or may not have just included her because I love an unabashedly all-black look on the red carpet. Also Carey Mulligan looks really cute in dark lipstick.

I like Janelle Monae’s black and white two-piece-plus-cape ensemble mostly for the cape, but mostly for the Chinese-inspired collar detail. It was a tasteful interpretation of the theme while staying true to her monochrome personal style 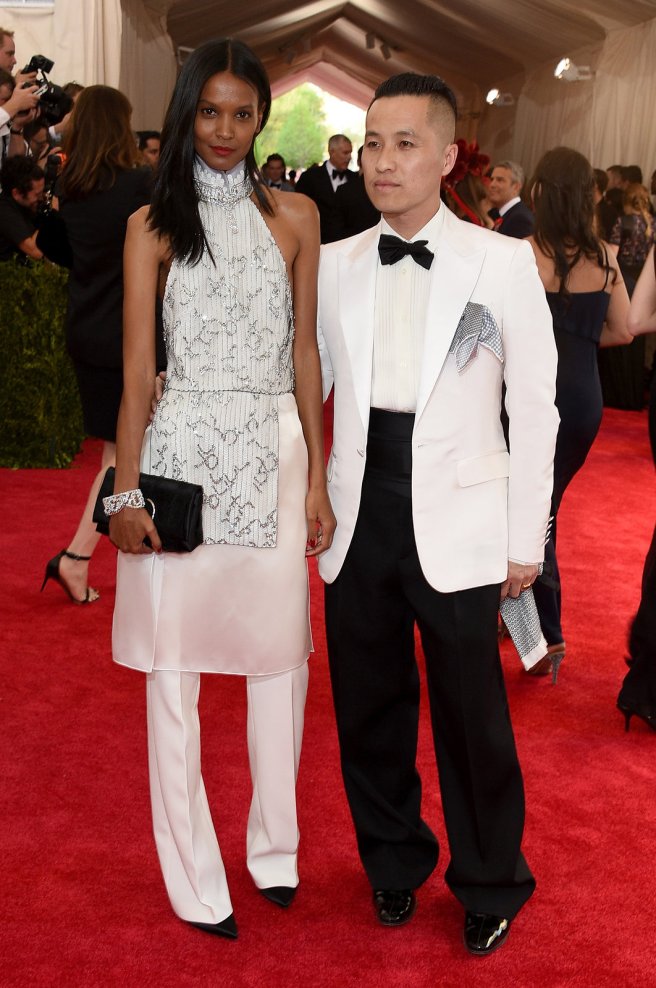 I love a good skirt with pants look, especially since I’m pretty sure I tried these on a week ago and cried legit tears that I could not just buy them on the spot. Liya Kebede of course rocks them all the way into Phillip Lim’s well-suited arms, and the pair looks extremely classy in a sea of satin gowns and chopsticked buns. Somewhere in China’s long rich history, people worse skirts over pants. Maybe I’m reaching.

This is a very similar outfit to the previous one. But I am a sucker for Diane Kruger and those embroidered Chanel pants. I feel like if you’re interested in fashion but you don’t want to disrespect the culture you’re paying homage to, which is no easy task since people interpret things differently, just pick a dope outfit that uses techniques that are vaguely Chinese. Done!

This was one of the most memorable ensembles I saw at this year’s gala and it was worn by Zendaya. The sun-themed Fausto Puglisi gown stood out for its length and its bold, graphic prints. I love the shape of the skirt, but I’m not sure how Chinese any of it is.

Hello. This was, hands down, my favourite look of the evening. Designed by Giles and worn expertly by Solange, the dress features a psychedelic digital print and the tiniest of pleats. The pleats actually make the piece look like two fans sitting perpendicular to each other. I liked that it wasn’t such a literal interpretation of the gala theme, and instead chooses a more playful route. 10/10. 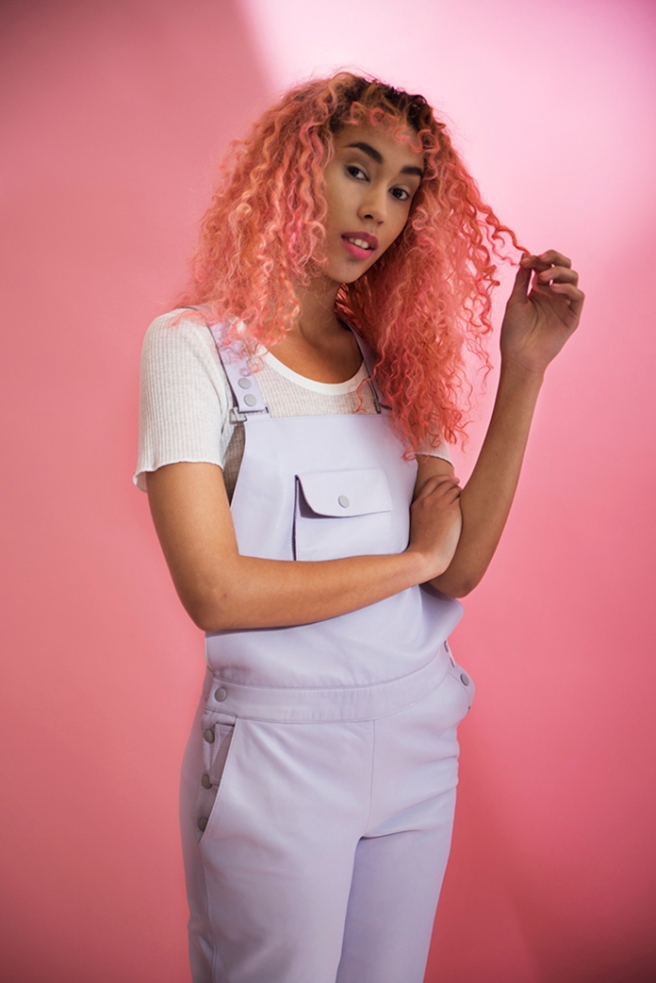 Arvida Byström is an artist and occasional model/musician of Swedish descent who divides her time between London, Stockholm, and L.A. Her photography has been exhibited all over the world and she’s curated shows in London, Stockholm, and Denmark. Her photographs are tongue-in-cheek, unconventional, and frequently pastel. She is unapologetically feminist in her work, and incorporates technology in her methodology and sometimes as props. Mainstream fashion mags are known for presenting a very narrow definition of beauty (young, white, hairless, and skinny), and as a result alienates and shames real women who don’t fall within those narrow parameters. Byström clearly isn’t interested in following suit, as she works with models of all ages, shapes, sizes, and colours, and has photographed such “controversial” symbols of femininity as pubic hair and period blood. Quelle horreur.

This particular editorial appeared in a recent issue of Lula magazine. Not only is the styling beautiful, the diverse casting and art direction are very inspired as well. Byström’s photographs makes great use of colour, specifically sugary shades of pink, baby blue, and soft lavender.

The decision to work with pastels and girl tropes is very much connected with her feminism. There is an outdated idea that traditionally “girly” things shouldn’t be taken seriously, and that strong, intelligent women can’t also be girly and participate in activities like dressing up, gossiping, and getting their nails done. This is fundamentally anti-woman. It perpetuates the myth that things associated with girls are inferior, and that women are one-dimensional types, rather than complicated individuals who are capable of having a wide range of interests and passions. Why can’t a woman who loves shopping also be a computer programmer? Why are sexually attractive female DJs & producers constantly fighting to be taken seriously or have to prove to the world they didn’t just coast by on their looks? Much like Petra Collins, Tavi Gevinson and the Ardorous crew, Byström fucks with these biases in her work. And the love she’s showing to women of all types is more meaningful and positive than anything I’ve seen in the pages of Vogue. 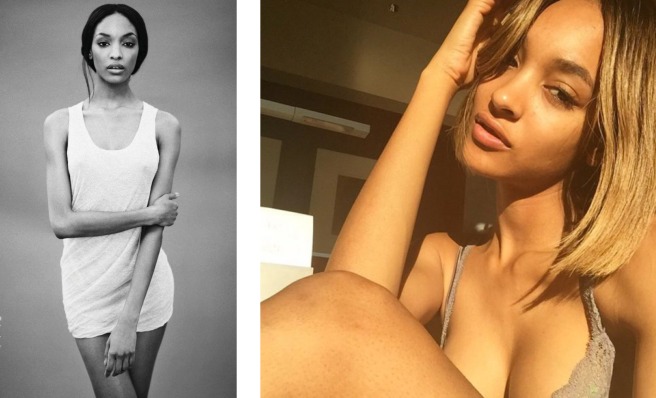 Jourdan Dunn—one of the world’s highest paid supermodels, first black model to walk for Prada in over a decade, named “Model of the Year’ twice—can now add another accolade to her growing list. Dunn has become the first black model to land a solo Vogue cover in 12 years (Naomi Campbell was the last). 12 fucking years. Honestly I’m not sure if I should be jumping for joy or crying.

Diversity is an issue that has plagued the fashion industry since, quite possibly, the beginning of time. Dunn herself has been a vocal critic of a lack of models of colour during fashion weeks. Some of the biggest, most respected designers in Europe, such as Raf Simons and Phoebe Philo of Céline are known for their love of an all white catwalk. Calvin Klein, Proenza Schouler, Victoria Beckham, even our beloved The Row are all guilty of this as well, season after season after micro-season. As a woman of colour, I can’t say it doesn’t bother me. Even at times when something this incredible happens, I can’t help but feel disappointed that diversity, in 2015, is still not a given, but rather a milestone to be treasured and celebrated before it’s quietly forgotten. Thank goodness for industry activists and allies like Iman, Bethann Hadison, Naomi Campbell, Nick Knight, and Diane Von Furstenberg, who continue to fight the good fight. Congratulations to Jourdan Dunn! ❤ 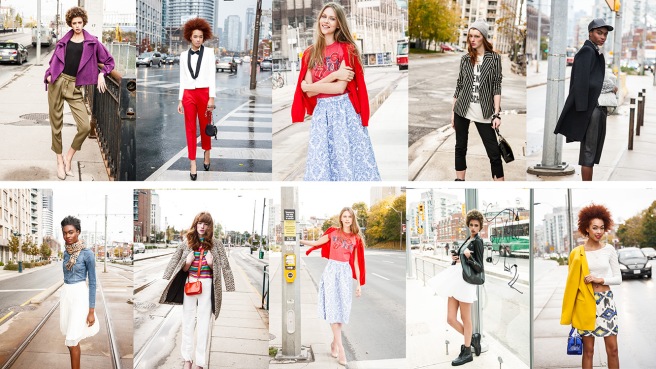 Forget Kim K’s oily bum. The biggest piece of fashion news within the past year, at least among Torontonians, was when Vogue magazine named Toronto’s Queen West as the second coolest street style neighbouhood on the planet. This was surprising not because Queen West isn’t fashionable. It really really is. But what I was more shocked about was that the world actually thinks about Canada.

To celebrate the shout-out, and this diverse lil’ neighbourhood that I call home, San Francisco’s Lone Wolf magazine put together a street style-inspired editorial featuring Canadian models and shot in the Queen West area (duh). Although many of these looks photographed by Alkan Emin aren’t exactly what I’d personally wear, I just can’t ever say no to a well-framed street style photo. And of course, the white skirt paired with the high top black sneakers is right up my alley.